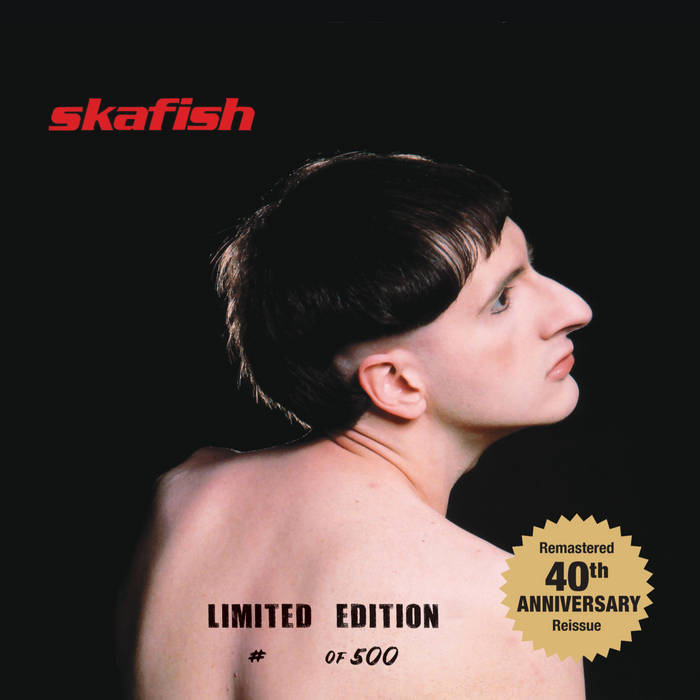 tnegana Fan of it from its initial release.
Favorite track: Disgracing The Family Name.

After being out of print for nearly 40 years, the debut Skafish album is finally available for the first time digitally and on CD on Skafish’s own label, 829 Records. The meticulously remastered album includes the bonus track Sink or Swim, one of the most radical Skafish tracks of that era. The CD package includes the restored album cover, photos (circa 1979), a 16 page booklet that contains every lyric (both sung and spoken), along with the original and reissue credits.

Long considered a cult classic, the debut album was originally released on the now legendary I.R.S. Records label on May 7, 1980 at 4:30 PM Greenwich Mean time.

At the time of its original release, the album cover, featuring the delicately posed, androgynous image of Skafish, was so hated by American radio that they refused to play the album, based solely on the cover.

Skafish wrote the album's compositions between 1975-1979, and was the sole producer and arranger of the project.

The music represented a seemingly-contradictory, diverse mixture of genres and styles, with each of the songs being often dramatically different from each other. Elements of punk, new wave, alternative, indie, post-punk, classical, orchestral, electronica, 20th century avant-garde, noise, polytonality, atonality, progressive jazz, pop, and doo-wop were featured.

As a lyricist, Skafish was one of the first to ever write about a variety of controversial, taboo topics. Those included the still relevant, brutal reality of bullying, fat shaming, and gay bashing. Skafish foreshadowed the dysfunction and psychological torment that is now a commonplace topic in today’s music. He directly confronted being a social misfit, and flaunted disgracing his family name.

I.R.S. Records CEO Miles Copeland credits Skafish as being the artist who “helped put Chicago on the map as the pioneer of Punk and New Wave there and on the international stage, gave audiences a really insane ride."

Skafish first burst onto the Chicago scene in February 1976 when the then 19 year old unleashed his shocking new style of performance with his newly formed band. Rock and Roll Hall of Fame inductees Cheap Trick attended many of Skafish’s earliest shows. Here’s what they went on record to say: “Unpredictable, over the top with life or death conviction and reckless abandon, Skafish created punk, new wave, and alternative rock in Chicago.”

His performing resume includes being the first Chicago punk / alternative artist to perform at CBGB in New York in April 1977; Whisky a Go Go in Los Angeles in February 1978; appearing at the first Milton Keynes bowl in London in July 1980 before an audience of 45,000; and that August, being filmed in front of approximately 20,000 people in the south of France for the international live concert film extravaganza, Urgh! A Music War, while on tour in England and Europe with The Police, XTC, Squeeze, English Beat , UB-40 and others. Skafish has also toured and/or performed with the likes of: Ramones, Iggy Pop, The Stranglers, New Order, Ultravox, Scorpions, The Cramps, Mumps, The Lemonheads, Scorpions, Sector 27, Sha Na Na and Dead Boys.

In memoriam: Barbie Goodrich and Scott Cameron. I wish you were here for this.

Special thanks to all the fans who generously contributed to supporting the reissue of this album. You are forever appreciated here and beyond - Skafish